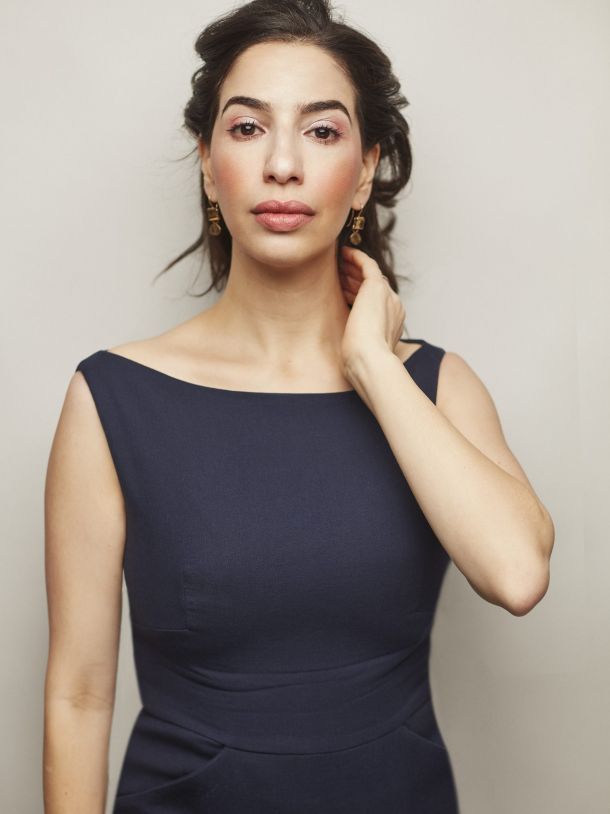 For French-Israeli Mezzo-Soprano Naama Liany, every song is an opportunity for connection. Hailed as “One of today’s most promising singers” by Dutch media site Jonet.nl, Liany’s life story bridges continents, leading from her native Israel to New York City to Paris to her current home in Luxembourg. Her acclaimed programs of 20th-century repertoire span styles and decades, finding common ground between Milhaud and Gershwin, Mompou, and Bernstein. Most importantly, her performances and “heavenly voice” (Yediot Aharonot America) vividly communicate the emotional heart of the music with audiences across the world.

Liany’s new album, Daydream, is a stunning example, bringing together works on the subject of dreams by Samuel Barber, Leonard Bernstein, Federico Mompou, and Albena Petrovic. The album was developed with the support of the prestigious Philharmonie Luxembourg and recorded at their magnificent facilities with the help of an award from the country’s Ministry of Culture.

Dreaming is an apt subject for Liany, whose parents recall her waking up at the age of four and recalling a dream where she sang in front of a crowd of joyful listeners. She’s since lived that dream many times over, singing at the Alcalá Clásicos Para Todos Festival in Madrid, the De la Musique Avant Toute Chose Festival in Paris, and the New Year’s Festival in Gstaad, Switzerland; and performing as a featured soloist in classic works from Bach’s Magnificat to Beethoven’s Mass in C Major. She also serves as musical director and master class program director of the Nuits Musicales in Forterre festival in Bourgogne.

Liany’s globe-spanning success is hardly surprising given the fierce commitment and tireless dedication with which she’s pursued her art from an early age. Attending concerts with her mother as a child in Israel, Liany was captivated by a performance by Tel Aviv’s Moran Choir and determined to join them. While her parents encouraged a more modest approach via her school choir, Liany insisted that she wanted to sing with this magnificent professional choir. A year later, following a successful audition and months of training, she was on stage with the very same ensemble. She went on to study Voice and Piano at the globally renowned Thelma Yellin High School of the Arts. She won first prize in the Buchman-Heiman competition and is a recipient of scholarships from the Ronen Foundation and the Shlomit Ben Zvi Foundation.

After graduating she set her sights on the United States, where she studied at the Mannes School of Music and the Conservatory of Music of Brooklyn College. New York remains another home for the nomadic singer. While residing there she performed at Carnegie Hall, the Everson Museum of Art and the DiMenna Center for Classical Music; and she was a soloist with the Columbia University Bach Society in Bach’s Magnificat and Janacek’s The Cunning Little Vixen. Liany continues to be mentored by legendary Mezzo-Soprano Viorica Cortez and Maestro Tamir Chasson.

Europe beckoned when Liany was one of only six vocalists chosen worldwide to participate in the Gstaad Menuhin Festival & Academy, directed by legendary opera singers Cecilia Bartoli and Silvana Bazzoni. She settled in Paris, where her performance career truly began.

Perhaps the concerts that most reveal Liany’s deeply personal connection with the music that she sings are her uniquely curated recitals of 20th century and contemporary repertoire. Daydream is her most recent, comprising Samuel Barber’s Despite and Still; Leonard Bernstein’s I Hate Music: A Cycle of Five Kid Songs; Federico Mompou’s Combat del somni; and Albena Petrovic’s The Piano Blue. The program came together during the COVID-19 lockdown, as the notion of being a singer without an audience took on surreal and dreamlike proportions.

The program UNA FOLÍA! met with great success and critical acclaim, with dozens of performances from Paris to London to Madrid to the Netherlands and the United States. The evening for voice and piano weaves together pieces by Milhaud, Francis Poulenc, Federico García Lorca, Joaquín Rodrigo, and Xavier Montsalvatge into a tale of wild passion and impossible love.

Liany currently resides in Luxembourg with her young family. She describes her performances as a matter of, “taking music that I love and that speaks to me, and finding my own voice in it. I want to create a new experience for the audience as we go on a musical journey together.”